You Are Here: 5 Questions: Tunnel Technology 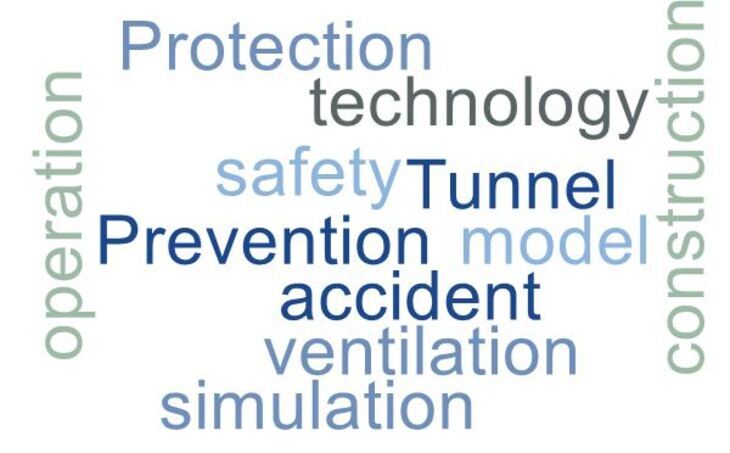 How do road tunnels differ from above-ground traffic routes, and what do they have in common? What makes tunnel ventilation so complex, and why is it important at all? And why will tunnel equipment and operation also play a decisive role in the mobility of the future? These and other questions will be answered by Nils Lichtenberg, Head of the Tunnel Engineering Department at ISAC.

Which aspects are particularly important with regard to safety in road tunnels and how do the requirements differ from those for aboveground traffic facilities?

I'll start from the back to answer the question. Road tunnels differ from open roads mainly in that they are almost hermetically sealed from the environment and this has advantages and disadvantages. The advantage is, for example, that it doesn't rain or snow in a tunnel, which means that the conditions in a tunnel are very constant, which also means that statistically fewer accidents happen than on open roads. But if something happens, the fact that there is only one entrance and one exit becomes a problem.

For instance, in the event of a fire, the smoke cannot simply rise upward and spreads through the tunnel tube. This smoke is always toxic because it always contains CO2 plus a cocktail of combustion byproducts. This brings us to the first aspect: fires must be detected quickly (emergency control room with operators and cameras in the tunnel) so that firefighting can be initiated quickly, and people must be able to escape from the danger on their own as quickly as possible (short distances to emergency exits and emergency escape ways).

Most of the time, fires are caused by rear-end collisions, which bring me to my second point: road users should both drive steadily and slowly and always have good visibility. Therefore, lighting is important so that the eye can slowly get used to the darker tunnel during the day and not be blinded at night.

I would consider air quality as a third important aspect, since without further ado no fresh air enters the tunnel from the outside, the exhaust gases of the vehicles are continuously concentrated and exceed many limit values after a relatively short time, which can endanger human health.

Why is the ventilation of tunnel systems so complex?

Ventilation is complex because it depends on many factors: number of vehicles, percentage of trucks, slope of the tunnel, its length and width. Wind on the portals and also thermals play a role, i.e. the temperature difference between the inside of the tunnel and the weather outside.

Ventilation systems do not run continuously, but are switched on to reduce pollutants when traffic is stopped or at a standstill if specified limit values are exceeded. One difficulty lies in the high measurement effort that must be operated to monitor the limit values. In addition, an infinitely large ventilation system cannot be installed in a narrow tunnel, so particularly powerful fans are needed to guide fresh air into the tunnel and discharge the polluted air. The positioning of the fans in the tunnel is also crucial, and it is in this area that there is still great potential for research.

What advantages do simulations in tunnel technology have over research using model tunnels?

Simulations have the advantage that geometry and boundary conditions can be changed quickly. And above all, real scales can be represented. Scaled models in water or in air can mostly never correctly represent all areas of fluid mechanics at the same time. They may be able to correctly predict the buoyancy of warm air in a setup, but on the other hand, for example, the flows around vehicles are not quite accurate and the other way around. This is due to similarity theory and many dimensionless metrics that must be met in order for a model to predict a prototype, but explaining that would go far at this point.

Simulations do not have this problem. If set up correctly and sufficiently validated, they can make wonderful predictions while at the same time visualizing the flow, which is normally hidden from the human eye because air is transparent and thus the velocity of the air is not detected by humans.

However, simulations are very complex computational processes, they require a lot of memory and it takes some time to get results because large geometries are represented. Usually, simulation and experimental models are applied simultaneously: In the model, the simulation can be validated and verified.

In what areas are there overlaps with the other disciplines civil engineering and traffic engineering?

A road tunnel is merely the continuation of a road under different circumstances. Therefore, the roadway is made of the same material as before and after. Nor have the road users changed just because you have entered a tunnel: There are still distances to be kept, accidents to be avoided, and traffic safety in general to be provided.

The same aspects of traffic engineering play a role in traffic control as on the open road, for example video detection or speed limits to reduce congestion, accidents and exhaust fumes.

What makes the research field of tunnel technology particularly interesting?

Regardless of the trend shift toward electro mobility, the topic of tunnel ventilation will remain important in the future: an end to combustion engines does not automatically mean completely pollution-free driving, because the abrasion from tires and breaks still mix within the tunnel air. There is currently a lack of research especially on fluid flow behavior in tunnels, a reason for me to intense the research offluid mechanics in tunnel engineering. For example, to my knowledge, there is still no water model tunnel in Germany, although this is of great value for research.

All in all, I still see potential for improving tunnel ventilation, also for economic reasons, because a less frequent need for ventilation also saves money. New fans can be developed or existing ventilation systems can be upgraded, and tunnel construction can be optimized, for example, to also use vehicle flows for ventilation.

My research focus in the next few years will therefore be on tunnel ventilation issues. In addition to the construction of a water model tunnel at ISAC, a numerical look at ventilation systems in operation will also be of interest. Ventilation for fire has been studied frequently; fires are rare but serious. However, there have been too few studies of ventilation systems in normal operation to date, and this gap also needs to be closed.