You Are Here: Temperate Road - Pilot Application on duraBASt-Site 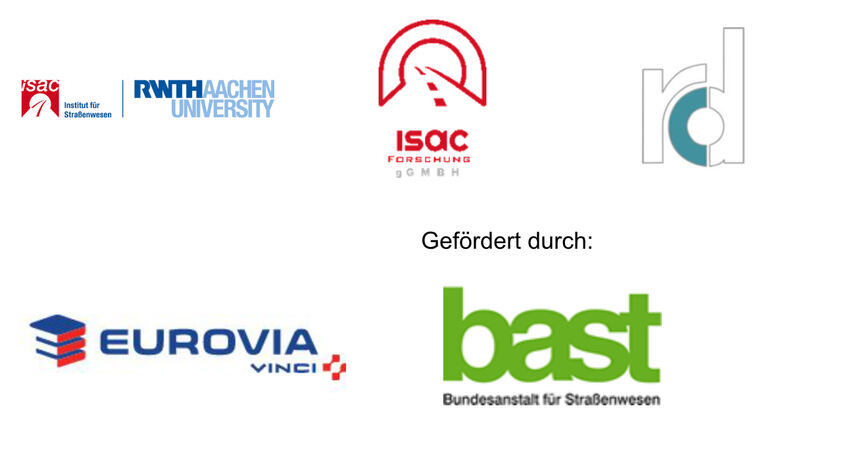 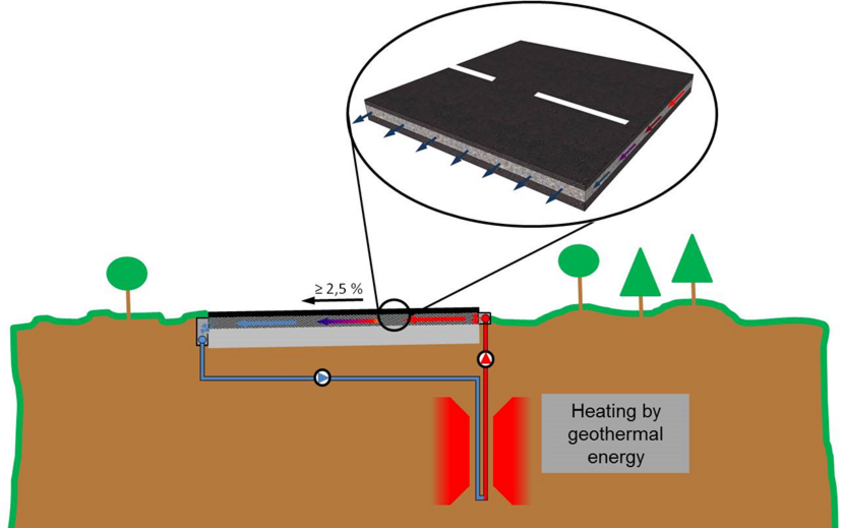 Copyright: © ISAC Heating of a street by geothermal energy

Both in improving road safety and extending life of pavements and context of energy generation, the potential of controlling temperature in pavement structure is remarkable. The aim of this research project is to build five different variants on the duraBASt site and to study them over a period of at least two years.

There will be five different variants, two are built with pipe registers (similar to underfloor heating) consisting of different installation patterns, and three with a porous intermediate layer of polyurethane-bonded rocks. The three PU intermediate layers are provided with different thicknesses and grading curves to investigate the influence of the water volume and flow velocity.

In order to investigate the various advantages and disadvantages as well as the mechanisms of action of these systems and to derive recommendations for their use, the two basic systems and various variants within the systems will be built and operated at full scale on the duraBASt site. A corresponding concept was developed as part of an earlier research project (FE 05.0196/2016/ARB „Temperate Road – Investigations for the realization of a demonstrator on duraBASt).

Construction, operation and monitoring of the planned system variants over a period of several years are intended to gather necessary knowledge and derive recommendations for their use and dimensioning.