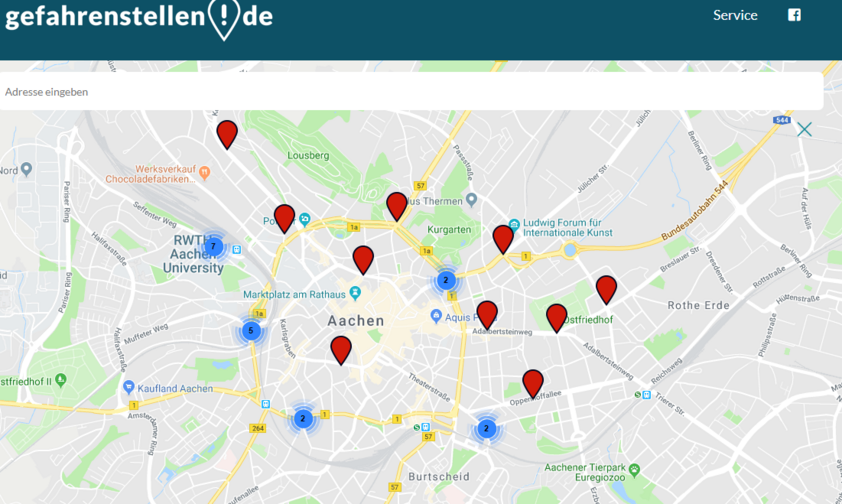 People will be able to proactively report dangerous spots themselves via the website or app. If other drivers later pass an identified danger spot, they will be warned of the risk in advance via their smartphone or navigation device and can adjust their driving behavior accordingly.